G-Man
Site Admin
Posts: 3534
Joined: Wed Apr 02, 2008 4:06 pm
What is your main fetish?: Mainly Shootings & Stabbings However... I do enjoy various other types of death scenes.
Why do you want to join this forum?: I am a co-founder & co-designer
of the FF forum
Referral: G-Man
Contact:
Contact G-Man
Send private message Website Gallery

Blue’s Synopsis
This is the first solo adventure of Seer, Darkwing's cyber-assistant, as she finds herself squaring off against
a government agent who suddenly transforms into a powerful Amazon warrior! There are attempts by each
combatant to strangle the other, but neither is able to maintain the upper hand. Seer then pulls a gun and
fires, but the bullets are deflected by the Amazon's bracelets. Seer therefore resorts to a knife. Finally, after
a struggle, Seer manages to stab the Amazon. Then, she doesn't let up. A vicious stabbing and throat slice
follows, until the Amazon is dead! ......( CLICK HERE To see trailer)

G-Man's Review
The "The Last Amazon” is another well polished title produced by Bluestone and directed by Julian Morrow.
It stars the ever delicious looking Ella Arcanna who plays the part of a government agent Seer and a
new nock out to Bluestone Productions… Tonya Sky who plays agent Donna Carter, code name "The Amazon”.
The video opens with Miss Sky walking in a room dressed in street cloths (black skirt, tight fitting white blouse,
jacket and boots) and is quickly attacked from behind by Seer (Ella).
Ella (who looks hot is dressed in a half zippered down black Lycra bodysuit and paten boots) quickly raps a
garrot around the neck of the Amazon beauty and draws her backward chocking the struggling Tonya.
As she maintains her death grip on the busty brunet. Ella then drags her down prone on a couch as she continues
to choke the life out of the enemy agent. All the time Tonya displaying very fine breathless fetish visuals…
body struggling / arching, leg kicking, gasping with eyes and mouth wide open. After a long struggle she finally
sub comes with a slow collapse and seemingly dies.
Ella now looking exhausted struggles a bit as she gets back on her feet and looks down at her fresh kill.
But wait… her pretty victim is still alive… bouncing up from the couch to stand, agent Carter confronts her attacker
agent Seer.
Seer (Ella) now looking surprised and then see’s agent Carter in a blinding flash change into “The Amazon”,
where we see Tonya now wearing a very sexy leather like one piece super hero outfit over pantyhose. (Sweet!!!)
Seer tries to first shoot the Amazon, but she repels them with her wrist bands.
Quickly the two babes get into a struggling battle to the death. Exchanging body-blows and turns of chocking
each other.
Finally agent Seer (Ella) has enough with the Amazon and pulls out her knife and goes in for the kill.
After some more fine fem on fem struggle… Seer finally overpowers Carter pushing her against a desk and planting
her knife deep into the Amazon’s body and then giving it a evil twist. Then Seer pulls the knife out of the buxom babe,
then she proceeds to slice agent Donna's throat, causing the now doomed vixen to fall back onto a desk.
Not letting up… Seer continues her savage attack on the busty bombshell by stabbing her over and over again until
she is now very dead.
The video continues for about another minute… but since it is a somewhat cleaver and surprise ending…
I will not give it away here.

Hits & Misses
This video provides plenty of death fetish elements to satisfy most fans with…
Very sexy dressed beautiful buxom women, pantyhose, body suits, garroting with fine body struggling reactions
(great facials & leg kicking), groin kicks, chocking, body stabbing, throat slicing, and sexy moans.
As always… the video was very professionally directed and acted with fine build up to Tonya’s death.
Ella does a great, great job acting out her tough and determined agent character.
Tonya is another new hot, hot looking actress who does fabulous acting out all the fetish elements in the video.
Also, director (Julian Morrow) done a very nice over the shoulder camera angle of Tonya's during her stabbing scene.
The only miss to mention was… we got to see Tonya’s nice bum, but we did not get to Ella to show off hers.

Summery
Here "The Last Amazon” is another very fine release with ladies that posses stunning looks and acting abilities.
Like other Bluestone U.K. productions, this video was also very professionally directed and edited.
We are very, very fortunate to have a production company that produces fetish material of this high standard.
Especially at sooooooo much down to earth affordable prices!!!
For a video that sells less than $20.00 (U.S.) Again gives us plenty of “BANG FOR YOUR BUCK”!!!
A real no-brainer for the death-fetish super heroione fan!!! Another “MUST SEE” video!!!
Of course G-Man rates "The Last Amazon" as a “MUST HAVE”!!! ..

WAIT!!! There's More!!!
For the more blood thirsty fans... now there's a "Directors Special FX Cut" !!!.... ( CLICK HERE to see FX sample)
The video is the same until the end where very fine CGI/FX work was done thru-out Tonya's death scene by replacing
Ella's knife with a short saber to give Tonya a very vicious and violent attack. I rate this version the same (5 out of 5).
However the only thing about this version... the last 15 seconds at the end was removed and so not showing the slick
story telling ending in how & why the way Tonya was killed as in the orginal. 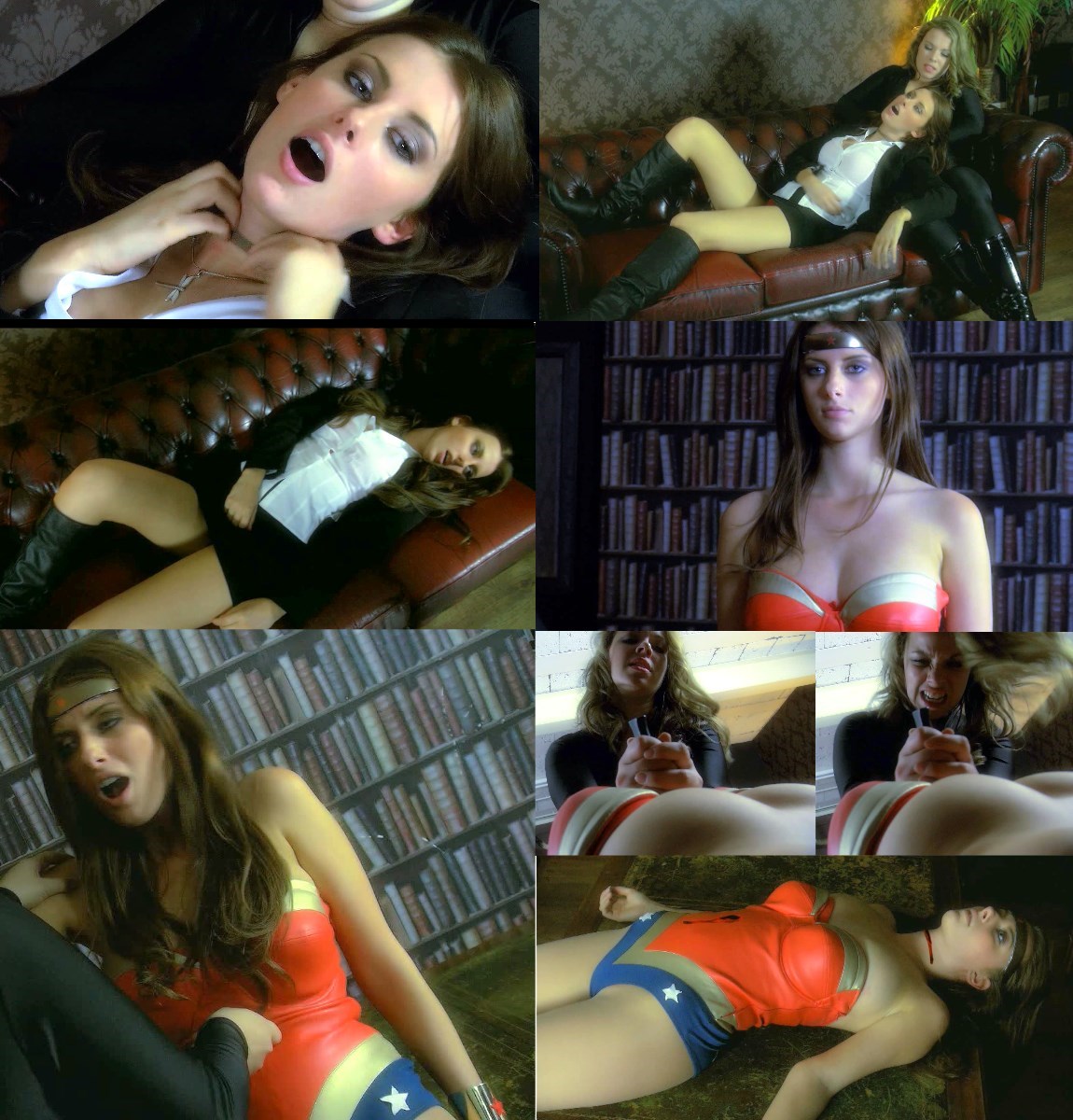 Re: "The Last Amazon"

Thanks for the review, G-Man. Just for clarification, the ending in the "Director's Special FX Cut" is the same as in the regular Sexy Spies version. The slick ending that you're referring to is only in the regular Vivacious Vigilantes version.

Users browsing this forum: No registered users and 1 guest