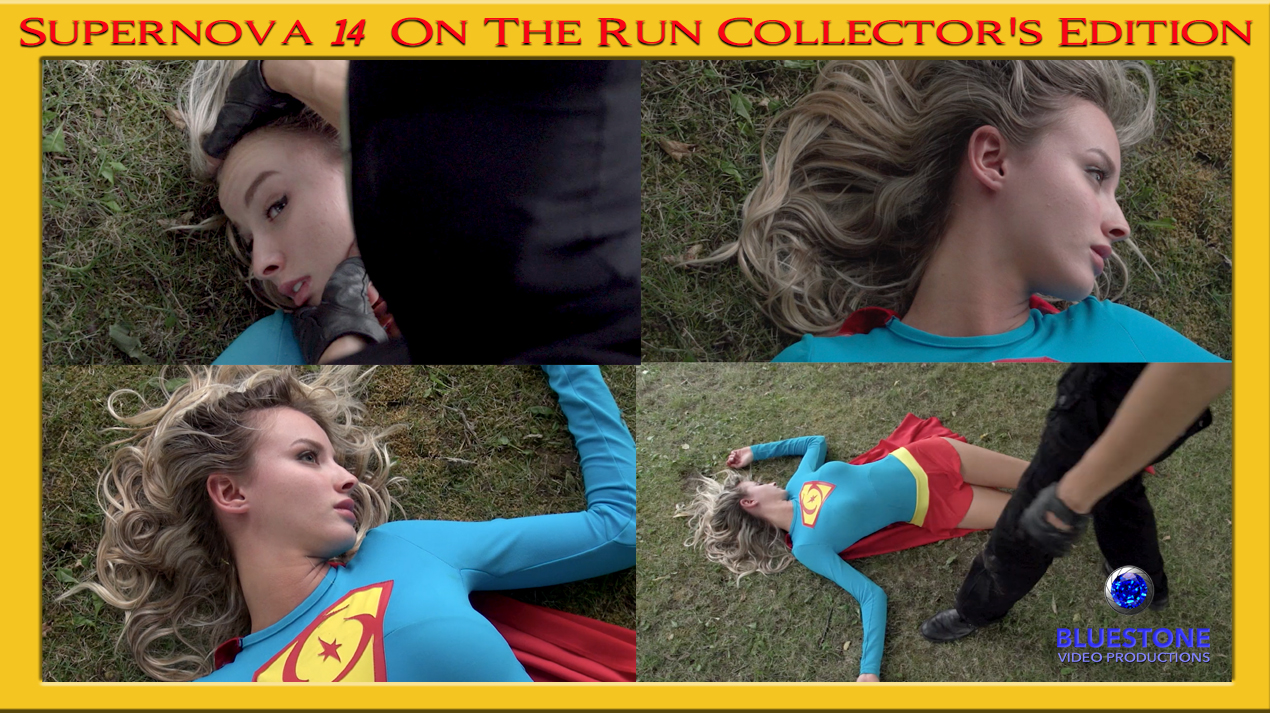 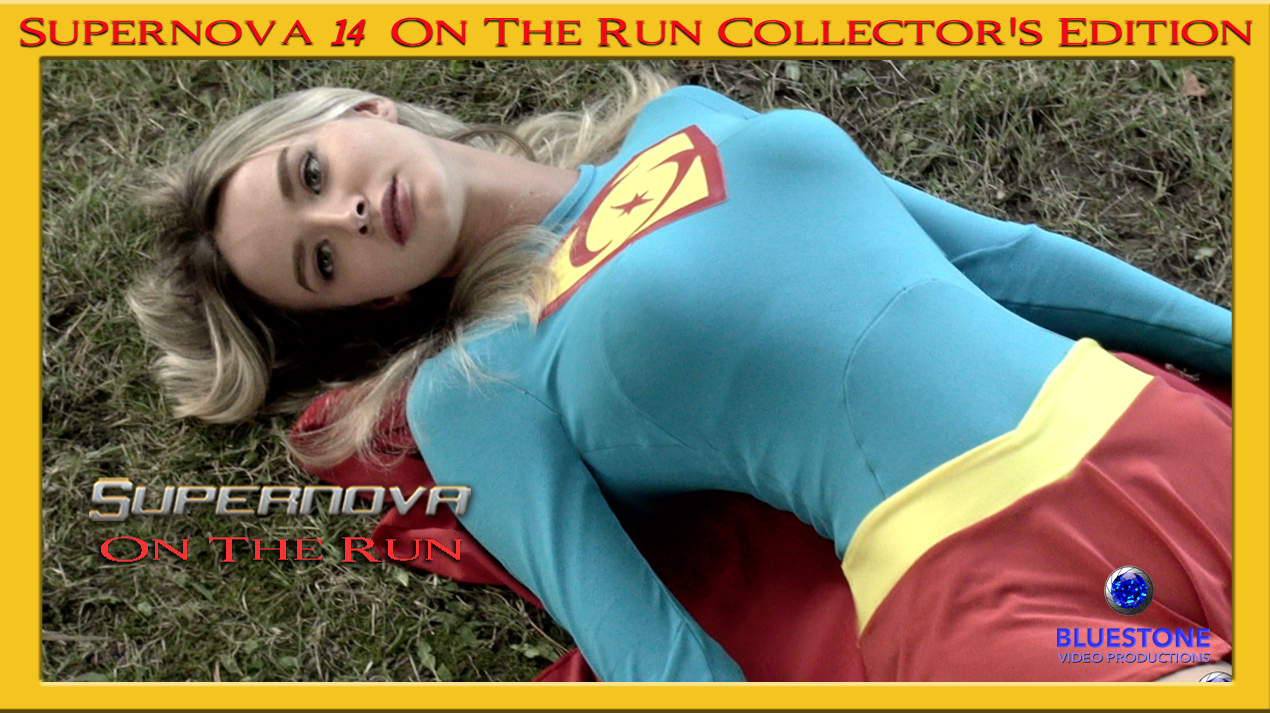 Starring Melanie Dunne!
This Collector’s Edition episode is a re-edited and upgraded version of “Supernova 14: On The Run”, starring Melanie Dunne.
So, in addition to the upgraded resolution, what are the additional features of this redux? Well, they are many and varied. Here goes:
The Bear Hug has been extended.
Supernova receives more face hits.
The strangling scene has been extended.
The Cradle Carry includes additional takes.
The Backbreaker scene has been extended.
The Gatekeepers give  Supernova a longer beating.
The Forearm Choke has  been extended
Supernova gets her neck broken 3 times, since she regenerates from all except the last one.
A different Body Pan has been added
There is a new view of the OTS carry
The video has been extended in all by 3 full minutes!
If you liked the original, you’ll LOVE this Collector’s Edition version.
There is also an Alternate Version where orgasmic squirts have been added!
Taggedbackbreakerbearhugbearhug (reverse)belly blowsbelly hitBlondebutt patChokedcivilian clothescradle carryde-bootingde-powereddeath stareElectric shocksface hitsflyingforearm chokeheat visionK.O.knocked outMelanie Dunneneck breakots carryShootingShotStrangleStrangledSupergirlSupernovaupskirt views 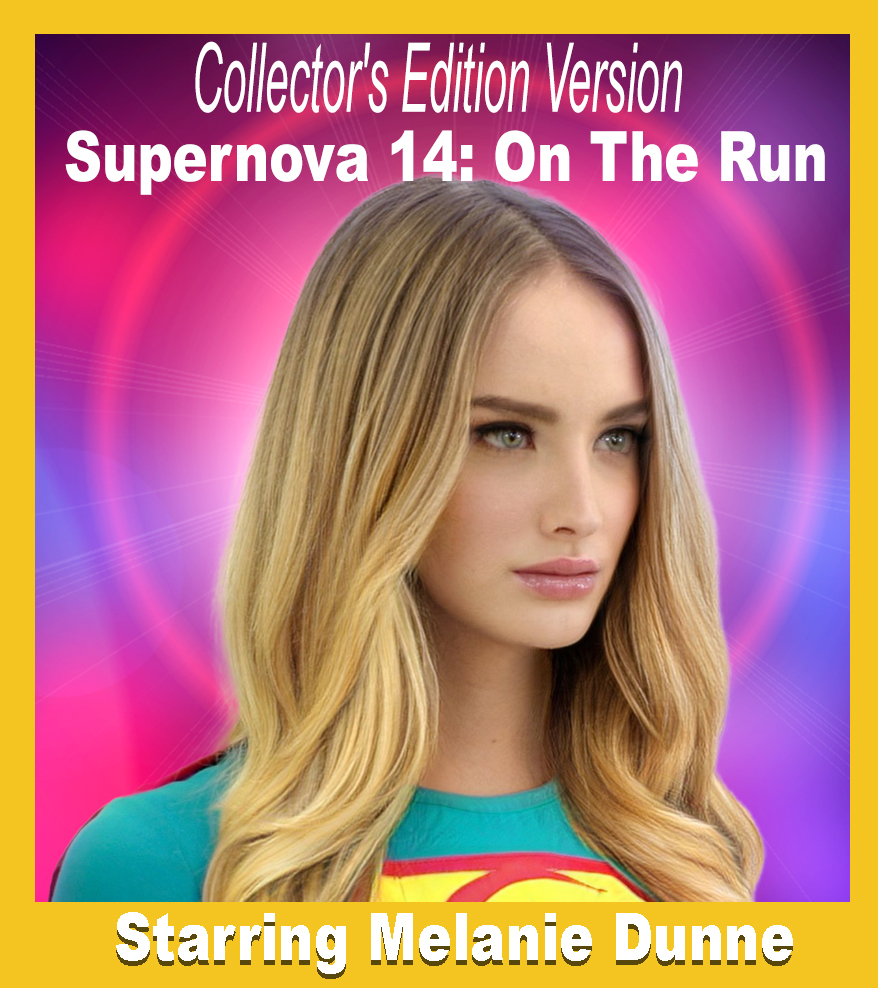 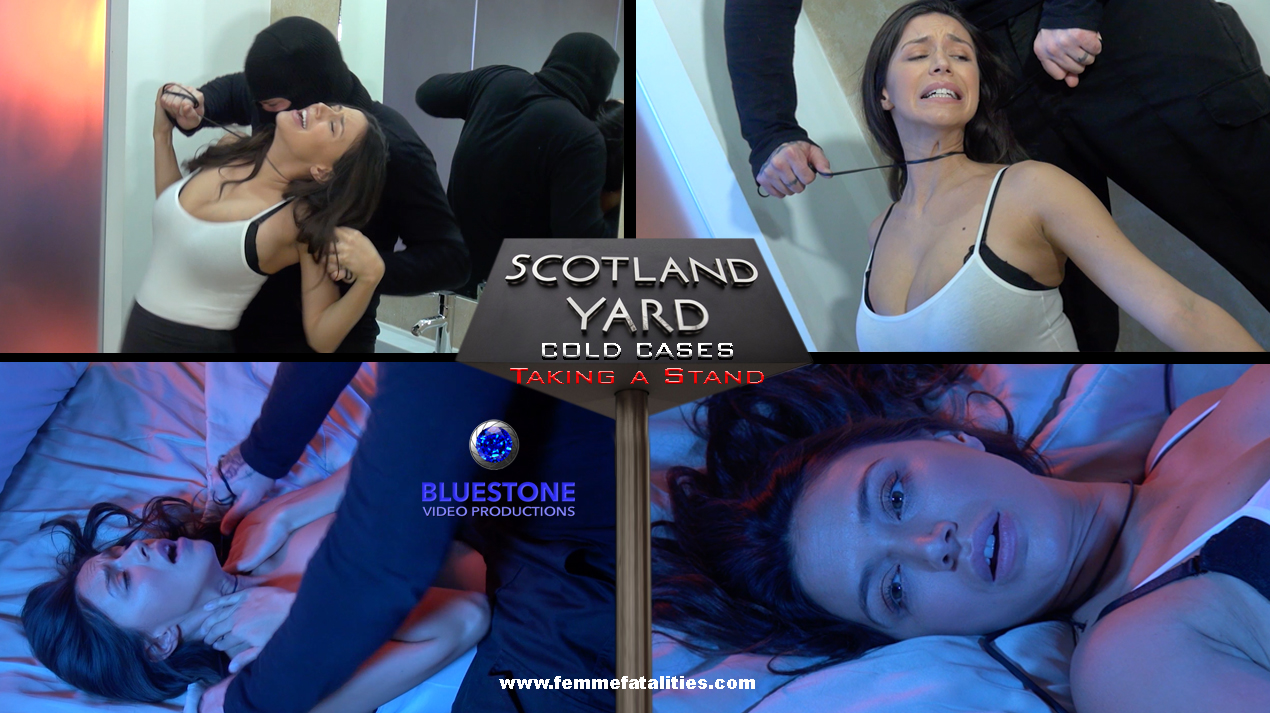 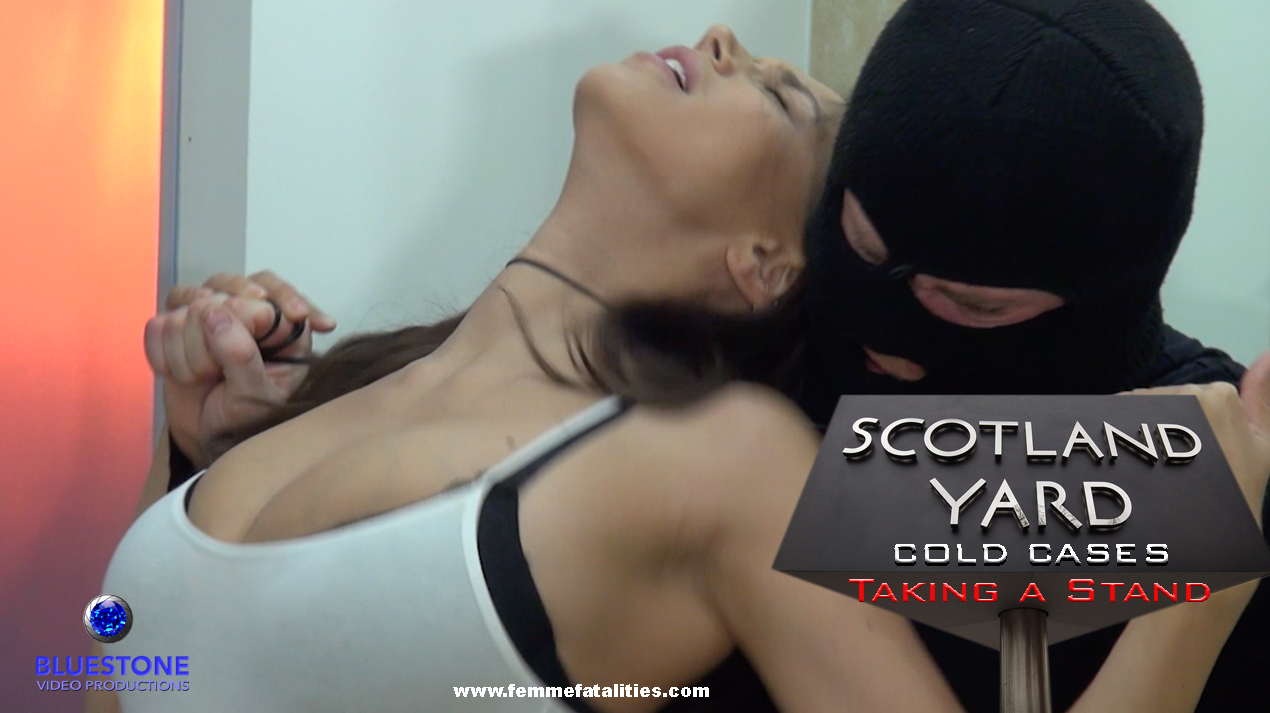 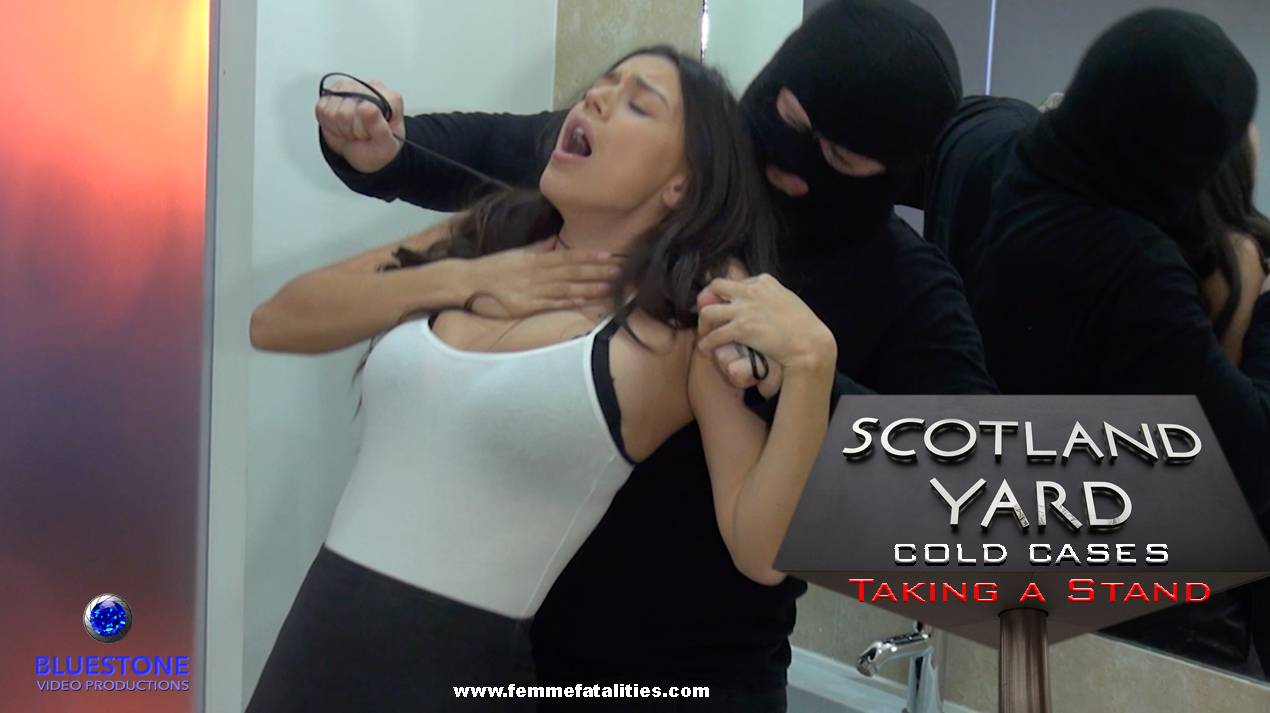 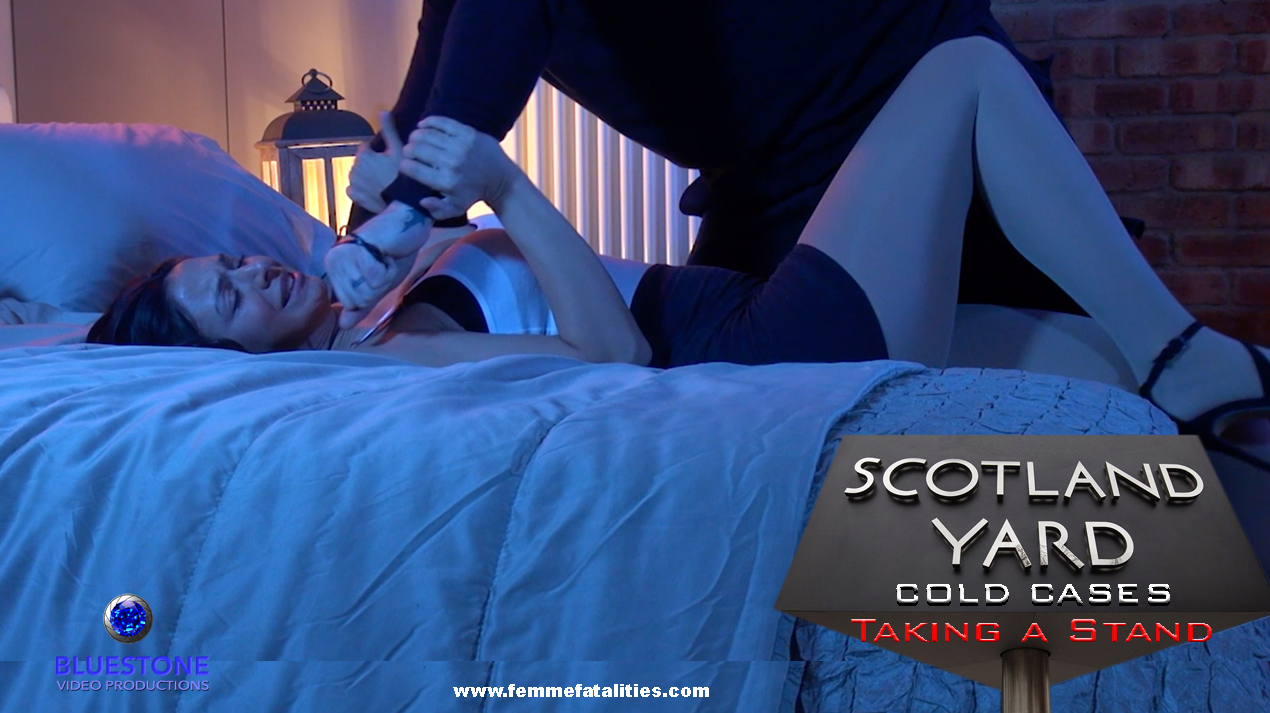 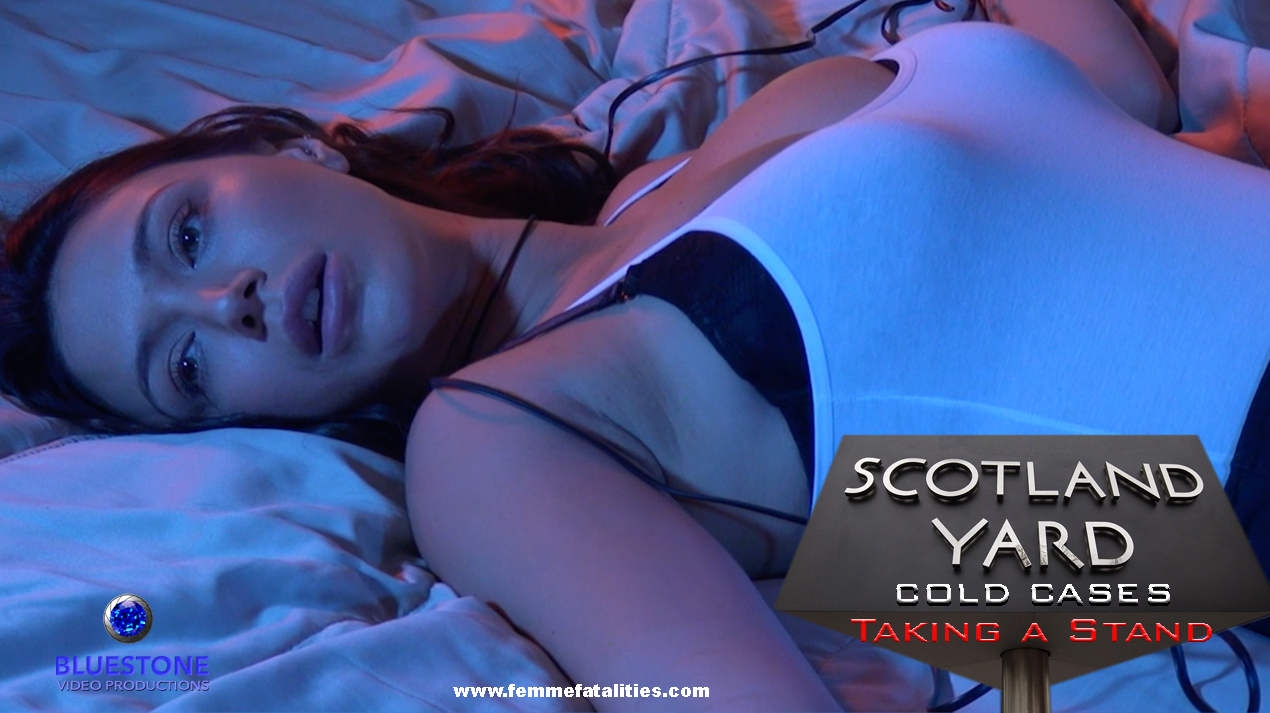 Krystal is alone in her apartment, unaware of an intruder until she enters the washroom and a garrotte is whipped around her lovely neck. She struggles desperately, but weakens and drops to her knees. She does manage to reach a taser and zap her attacker, taking a stand against her powerful assailant… but will it be enough?

Krystal weakly manages to stagger into the bedroom and tries to call 999 (which is the equivalent of 911 in the UK). Her attacker recovers and resumes his attack in the bedroom, before she can complete the call. He pounds her in the face several times, then straddles her on the bed and garrottes her again, but this time there is no escape for gorgeous Krystal Red. She struggles and squirms under him, but he is relentless, and eventually her body slows and her beautiful eyes fix into a haunting death stare!

Don’t miss this latest unsolved U.K. murder! If only Scotland Yard knew what we know about Krystal’s brutal demise. 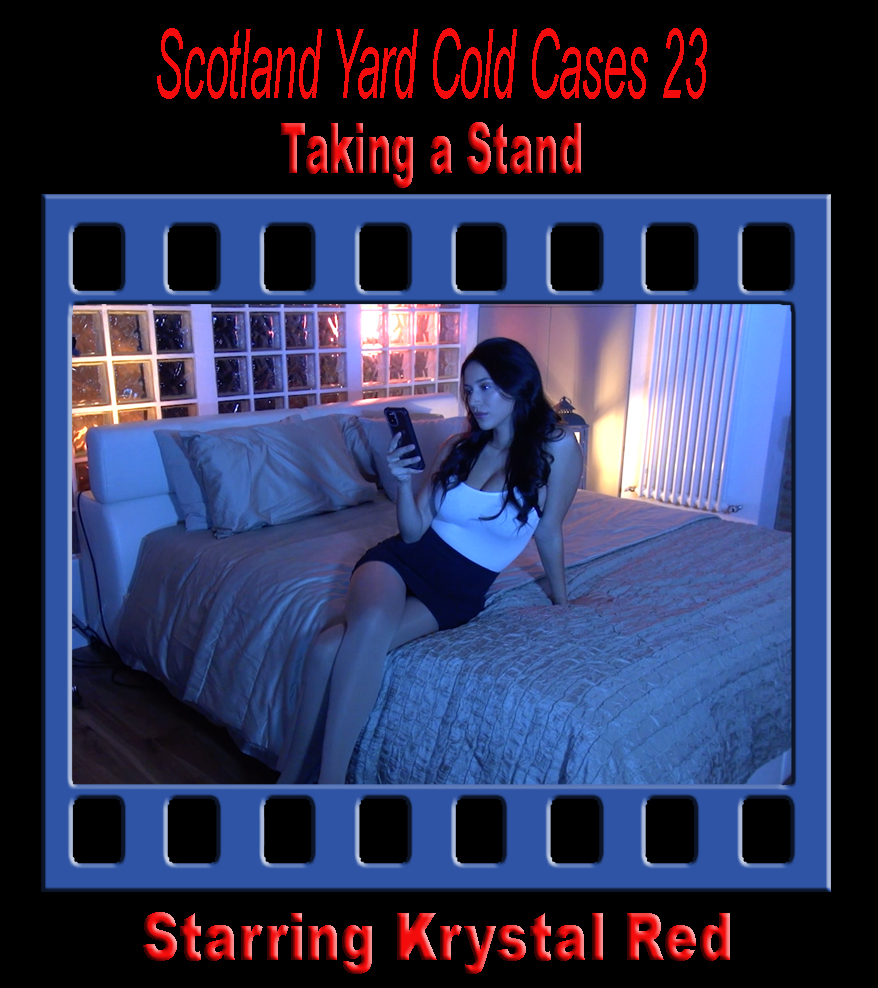 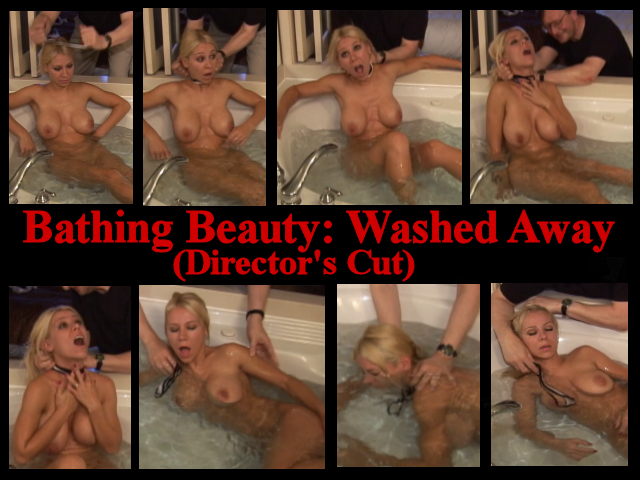 Our latest Director’s Cut upgraded video was released as Version 1 of the “Bathing Beauty” title. Petra is stalked and killed in her Jacuzzi in both versions,  but in this version “Bathing Beauty 1: Washed Away”, our buxom blonde goddess is strangled and drowned.

In this high resolution re-mastered video, we have increased the pace of the killing of our sexy victim while maintaining all of that awesome footage of her naked body writhing in the bath while her attacker strangles her with her own thong panties. Some of the back story is shortened to maintain the focus on the killing of this beautiful stacked babe, but there is enough for the viewer to get to know this woman and her involvement in a dangerous game that comes back to bite her in her sexy ass!

You get both the Original and the Director’s Cut version in this package. Don’t miss this awesome deal! 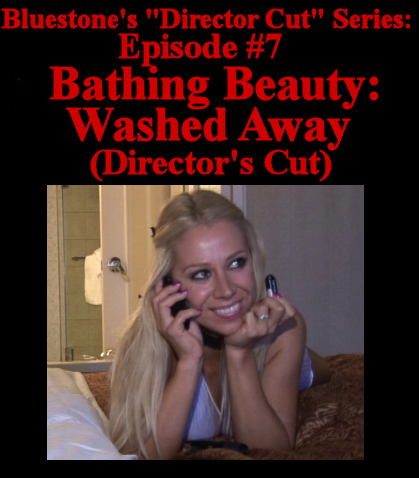 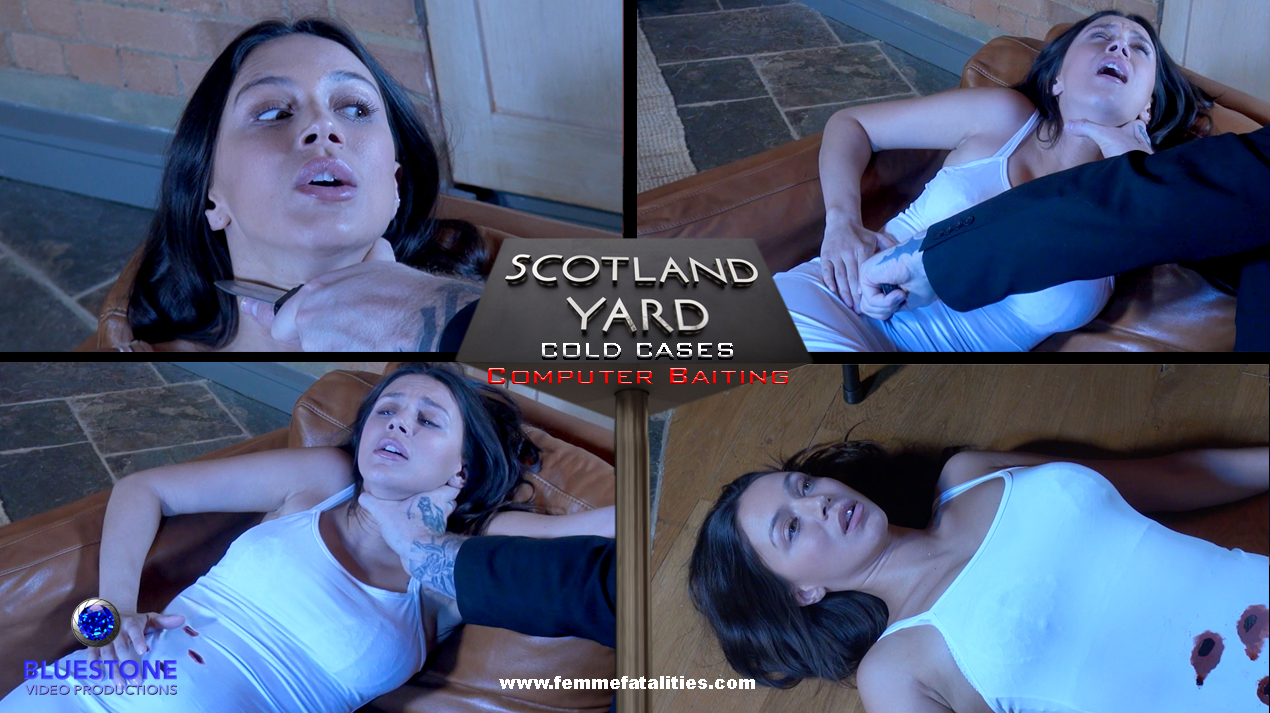 Krystal has been using computer dating to get her close to wealthy men who she could then rob, often killing them in the process.

This time, she’s chosen the wrong victim, as he has been hunting her as a hitman hired by the family of one of her victims. He presses his knife against her throat as he explains why is is attacking her and what is about to happen. Then, he begins stabbing her repeatedly in the belly, making sure that he puts an end to her operation… as well as putting an end to her!

He then stands back and watches her struggle, slipping from couch to floor as she slowly dies by his hand. As she goes limp and her beautiful eyes fix into a death stare, he checks her neck pulse, just to make sure. Then, he walks away from her dead body as we enjoy views of her hot body from several angles. 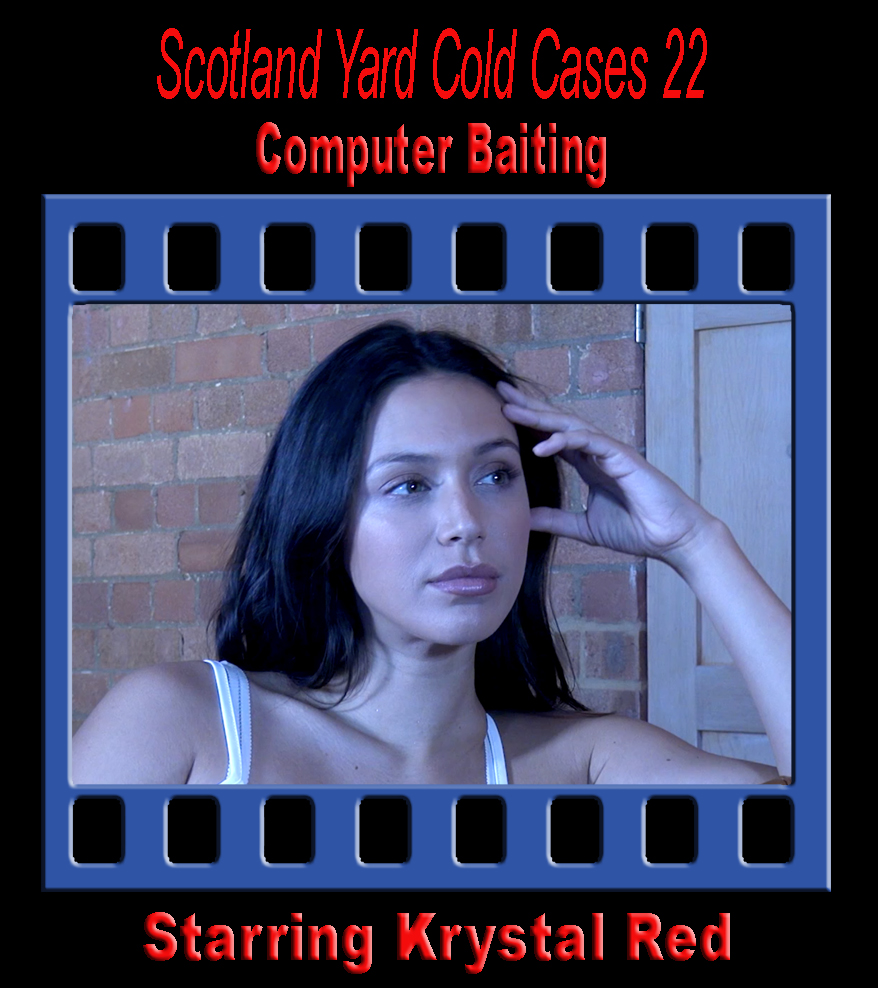 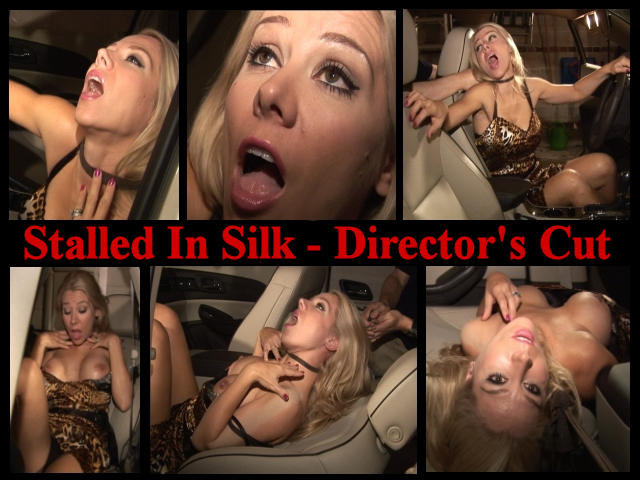 Petra returns to this series once again, playing a beautiful courier for a criminal organization who is on her way to make a delivery of a valuable item. She heads into her closed garage and settles into her car, but then discovers too late that a killer is lurking in the back seat. Before she can react, a nylon is pulled across her throat, and a long desperate struggle for her life begins. She tries everything to break free, including pressing the seat control to force the car seat back against her killer, but this only forces him to attack her from the side. He pulls down the top of her dress to expose her naked breasts and enjoys the view as he brutally finishes her off.

Don’t miss this faster-paced and higher resolution version of “Stalled in Silk”!

The original is only 139 MB. Whereas, this Director’s Cut version is 962 MB… almost 7 times the resolution!

Enjoy this upgraded sexy death scene starring blonde goddess Petra! In this package you get both the upgraded and the original version. 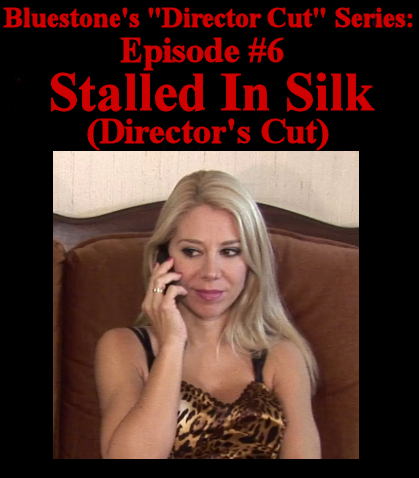 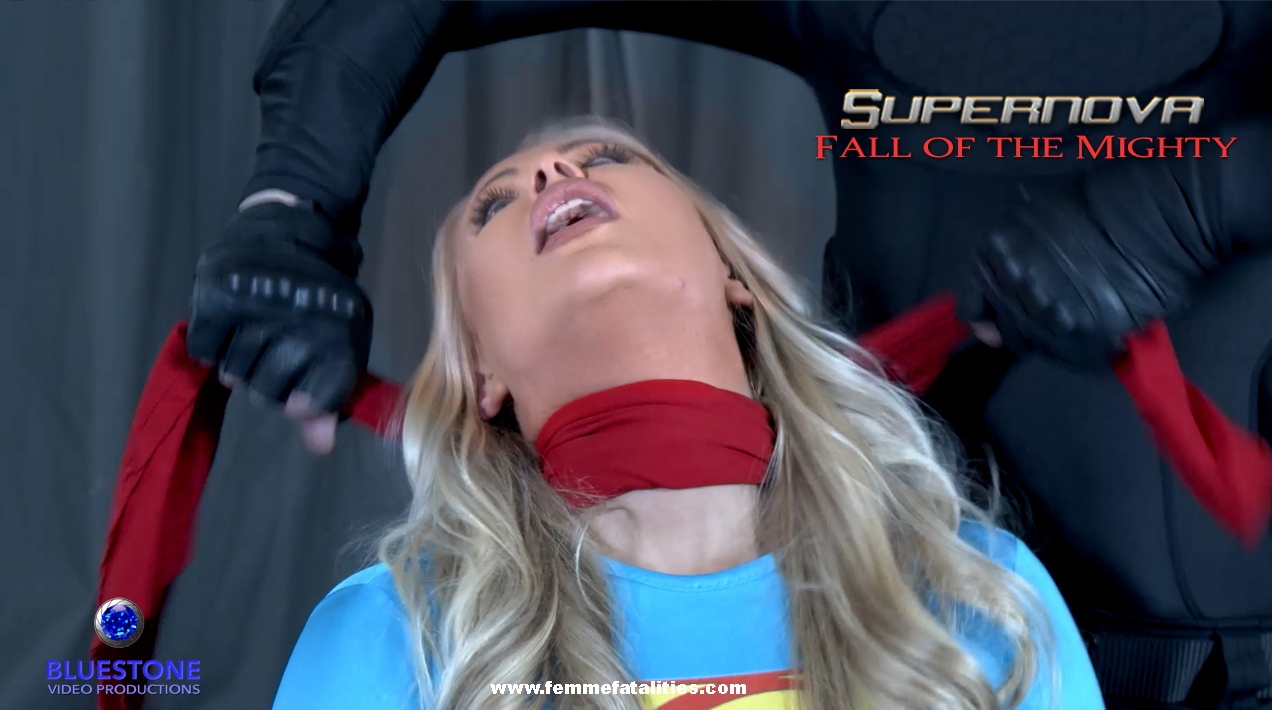 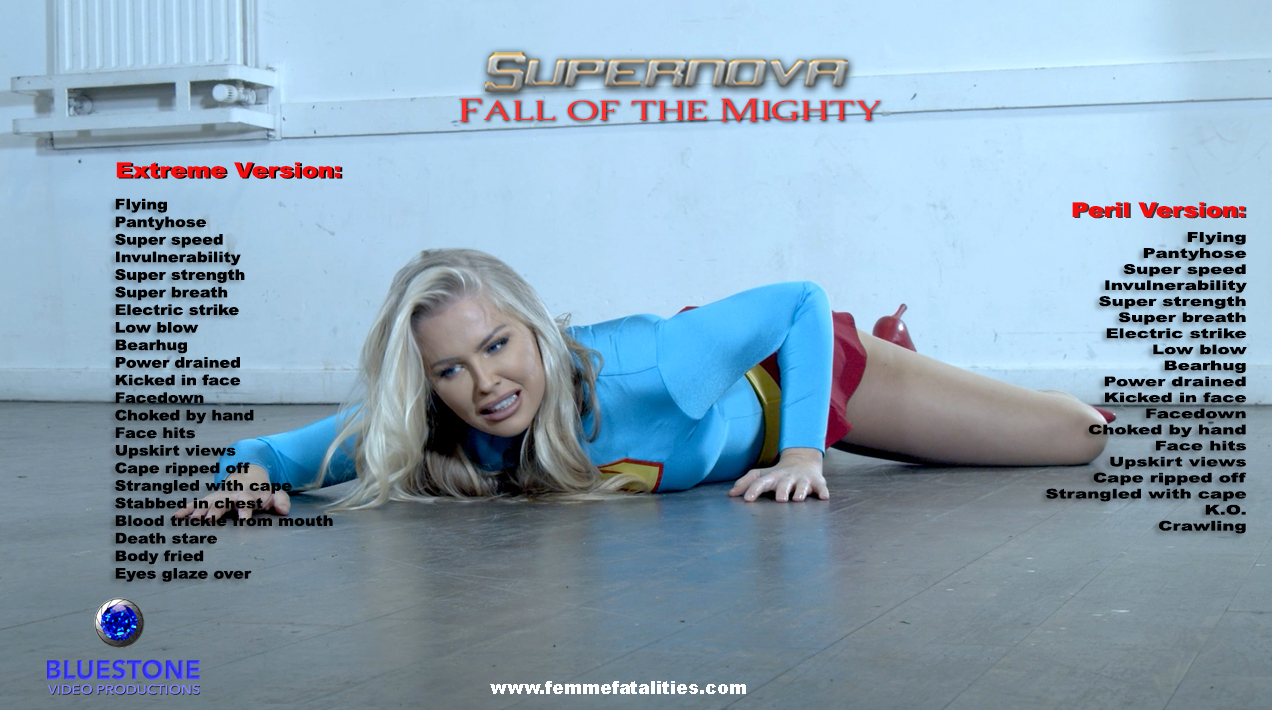 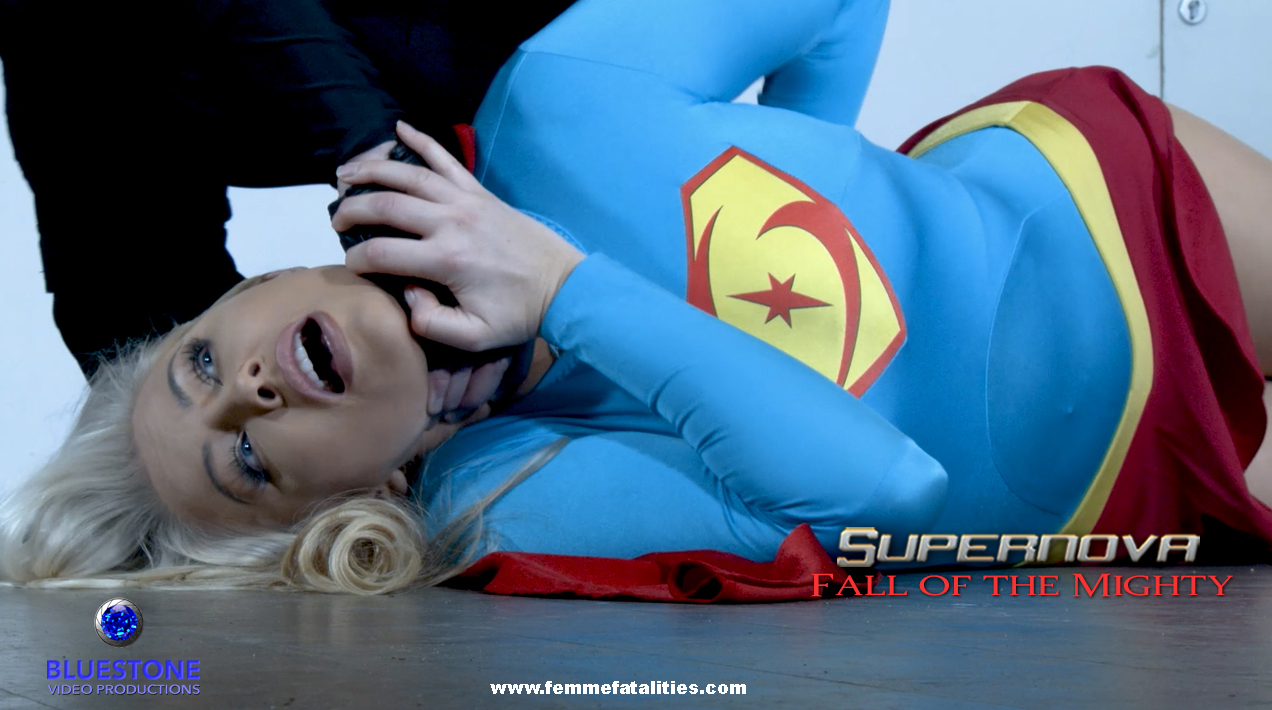 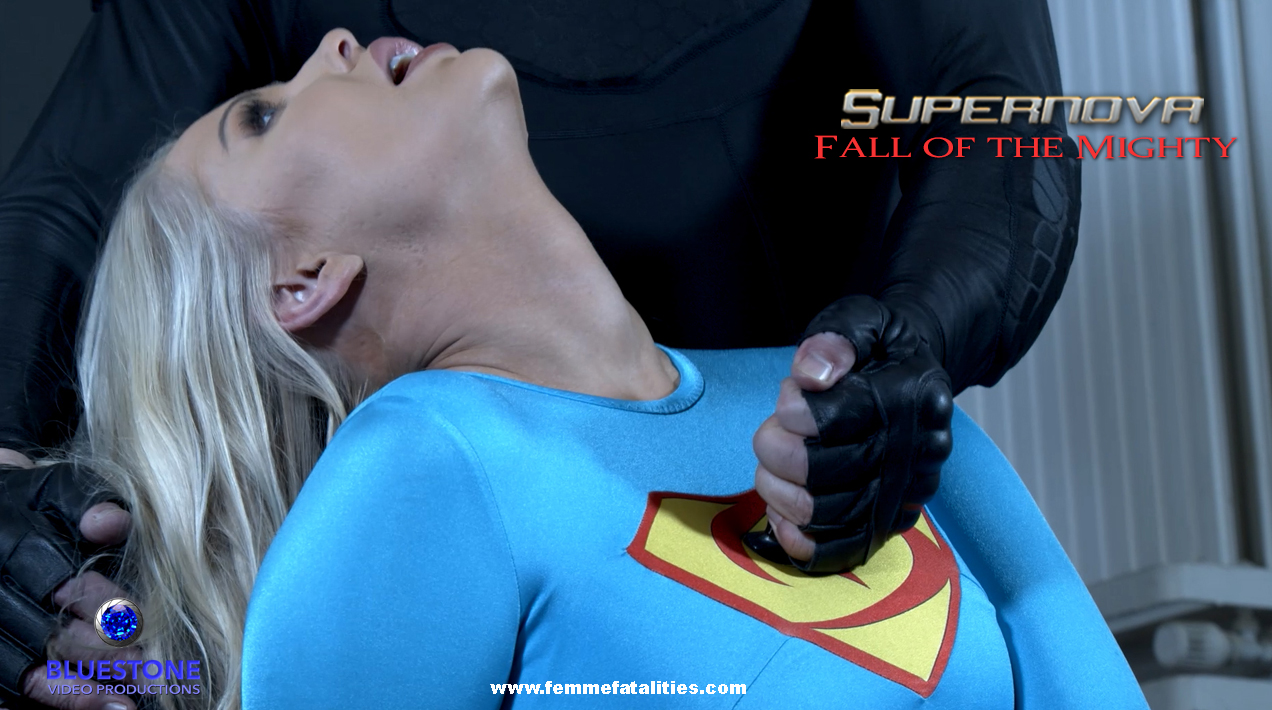 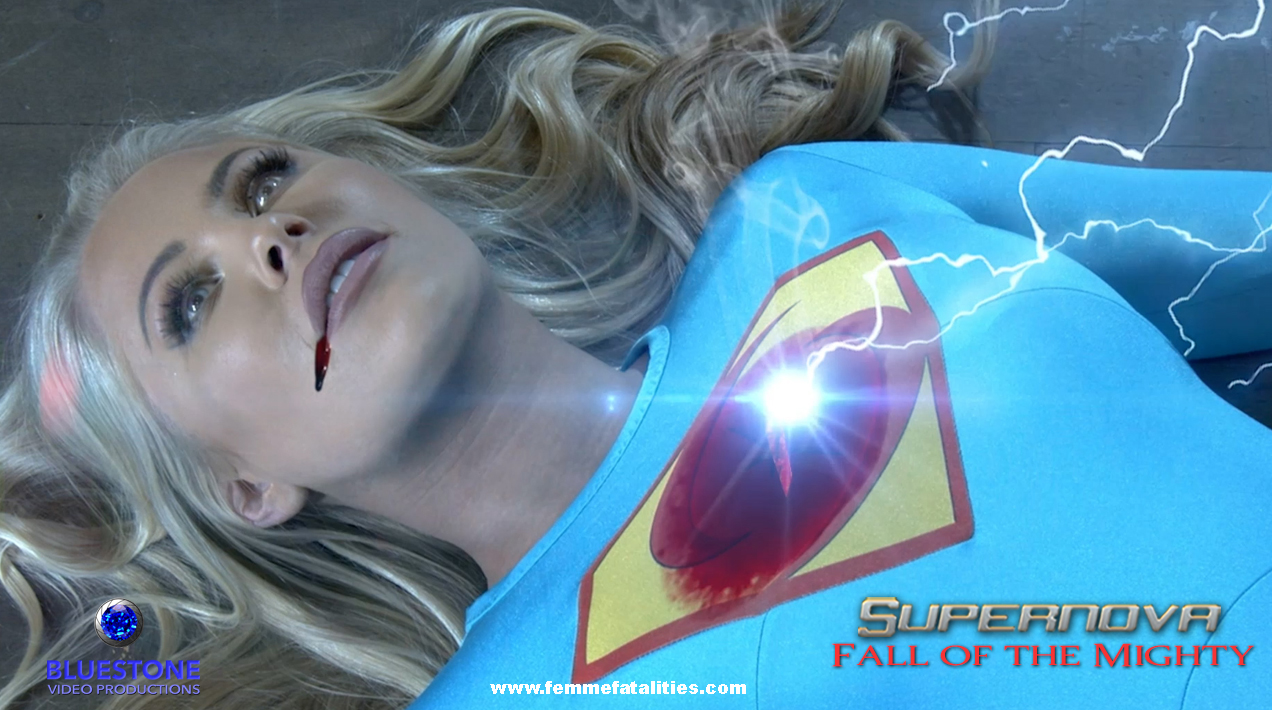 Don’t miss this latest awesome Supernova adventure, featuring our heroine as the all-powerful woman that she is… unstoppable… powerful… invulnerable… until the unthinkable happens!

Supernova vs. the Parasite, pitting our maiden of steel against a new and intriguing arch supervillain! 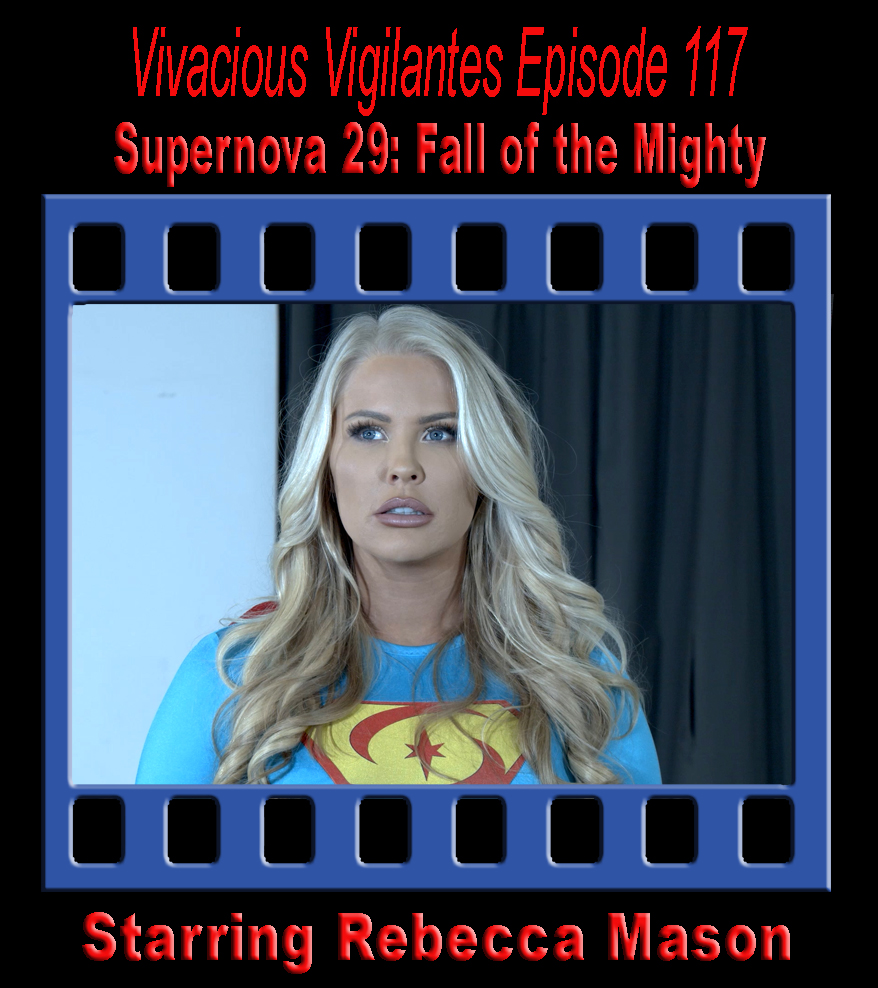 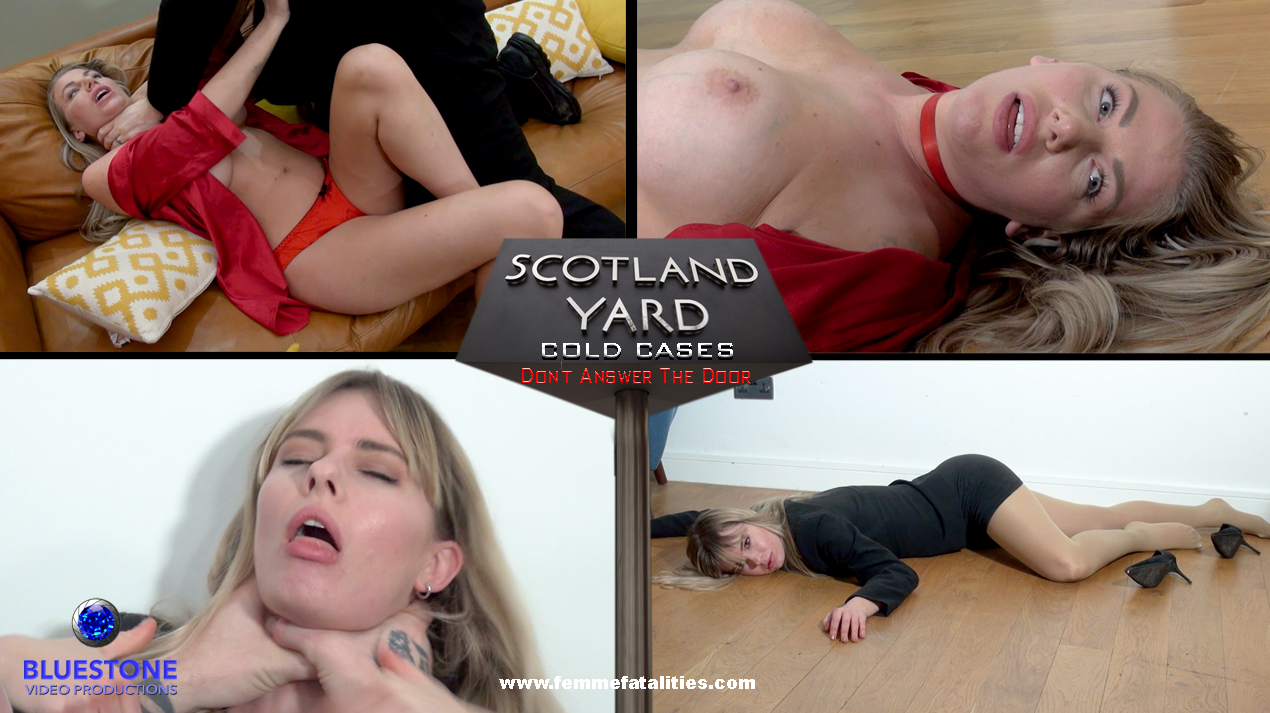 Yvonne and D’arcy returns. D’arcy continues to play the Internet shrink from “Don’t Make That Call” (SYCC #15), and this scenario is based upon another scene from the movie “Don’t Answer the Phone”. The killer from SYCC #15 appears at D’arcy’s apartment and is let in by her roommate (Yvonne) who, as seen through the killer’s eyes, looks like his victim from SYCC #15. Yvonne is dressed in a silken robe and tells him that D’arcy will be home soon, but he decides to start his killing spree without her, pulling Yvonne’s robe open and strangling her topless.

When D’arcy returns home, she tries to pull the killer off of Yvonne, but he turns on her, choking her and lifting her into the air where he strangles her to death as she helplessly kicks dead air.

While he’s been killing D’arcy, Yvonne recovers  and tries to crawl away, but the killer uses the robe of her silken robe to garrotte her to death! 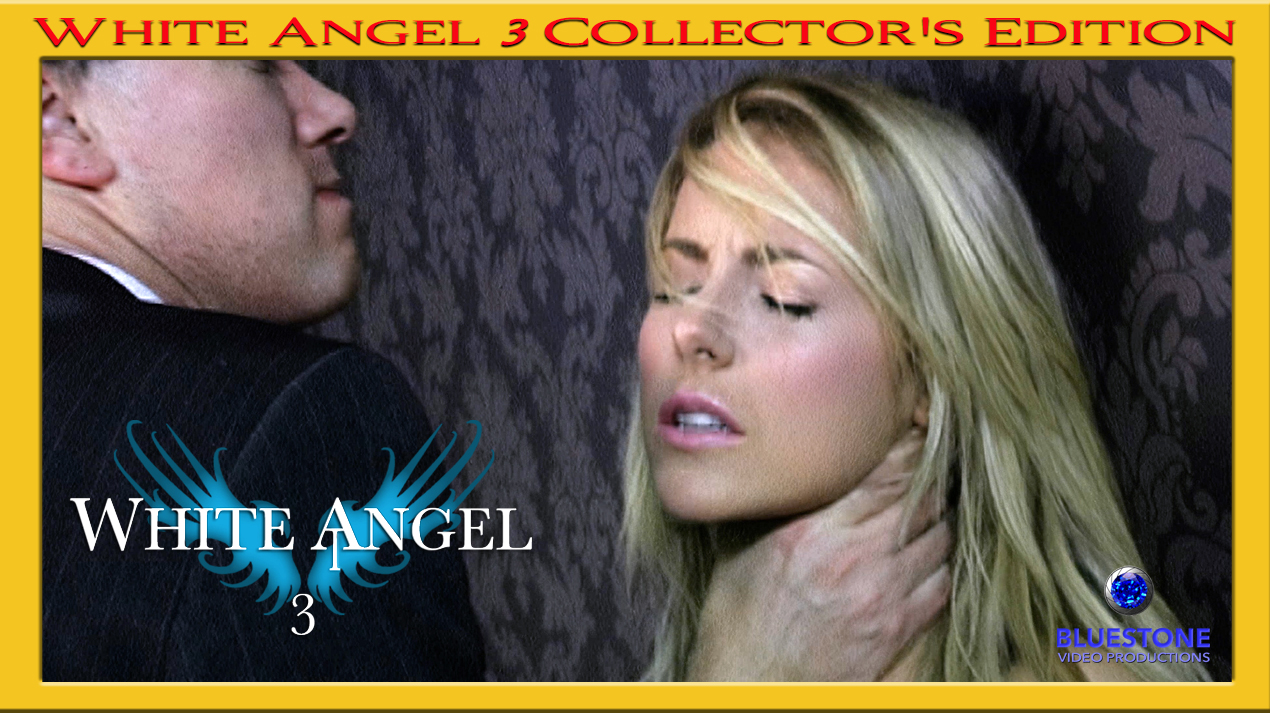 White Angels are super-powered secret agents who are stronger and faster than non-enhanced humans, but that are also virtually unable to be killed, because they regenerate from death. The only manner of death that appears to kill them permanently is a long strangulation, since this manner of demise appears to burn out their regenerative powers.

Agent X tests out this theory as he takes on Agent Sapphire, who has been sent to retrieve a vial of blood taken by Agent X from a the body of a White Angel Agent after he had strangled her to death!

“White Angel 3” has been re-mastered by our awesome editing team. You will definitely notice the difference when this Collector’s Edition is played on a larger TV or computer screen!

The differences between this upgraded version and the original are the removal of the music track during the action so as not to obscure September’s vocals, improvements in editing, improved sound effects, and  presentation in 2.35 widescreen. The resolution is also much higher. By way of comparison, the original is 171 MB in WMV format, while this upgraded version is 849 MB in MP4 format.

Don’t miss seeing this awesome video on a larger screen! 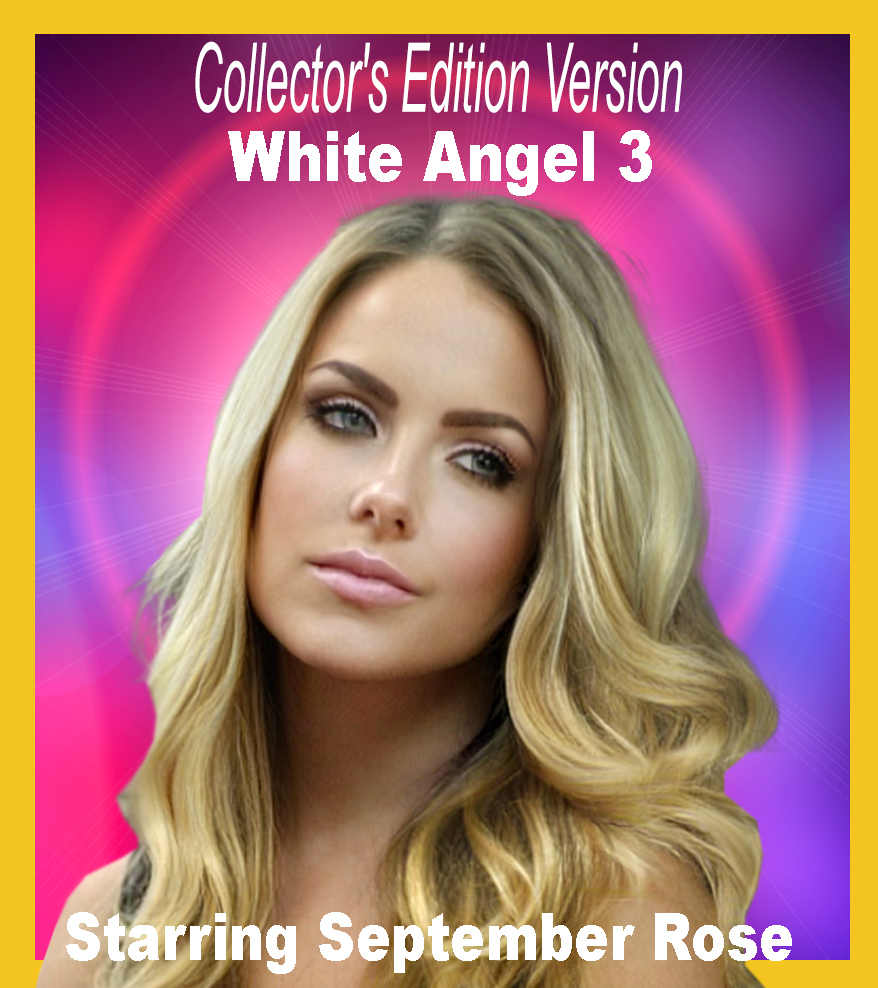 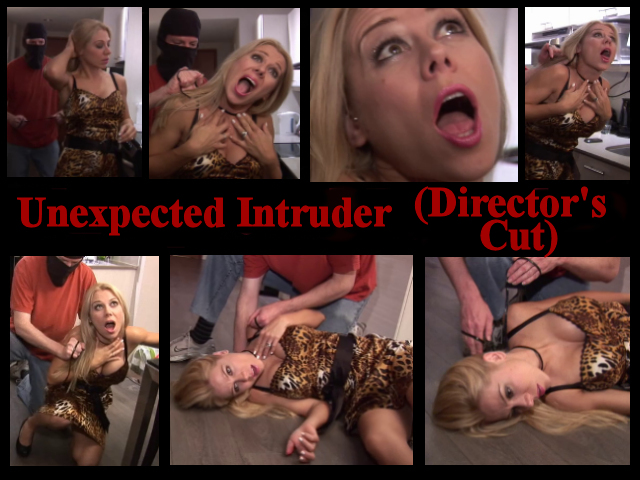 Our 5th video in the “Director’s Cut” series is “Unexpected Intruder”, starring Petra!

Petra returns to this series, playing the beautiful victim who suspects nothing until a nylon is pulled across her throat from behind. She struggles valiantly in this much faster-paced version of the original. As she weakens, she is forced to her knees and finally dies with her gorgeous body sprawled upon the floor.

Enjoy this upgraded sexy death scene starring blonde goddess Petra! In this package you get both the upgraded and the original version. 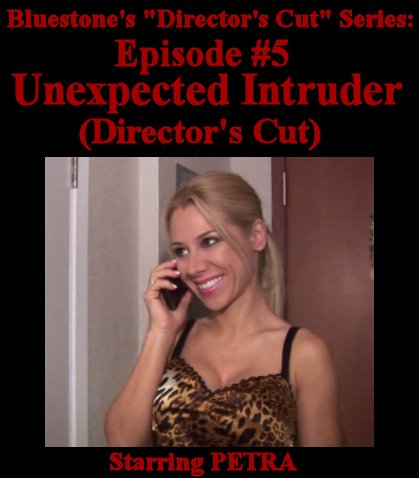 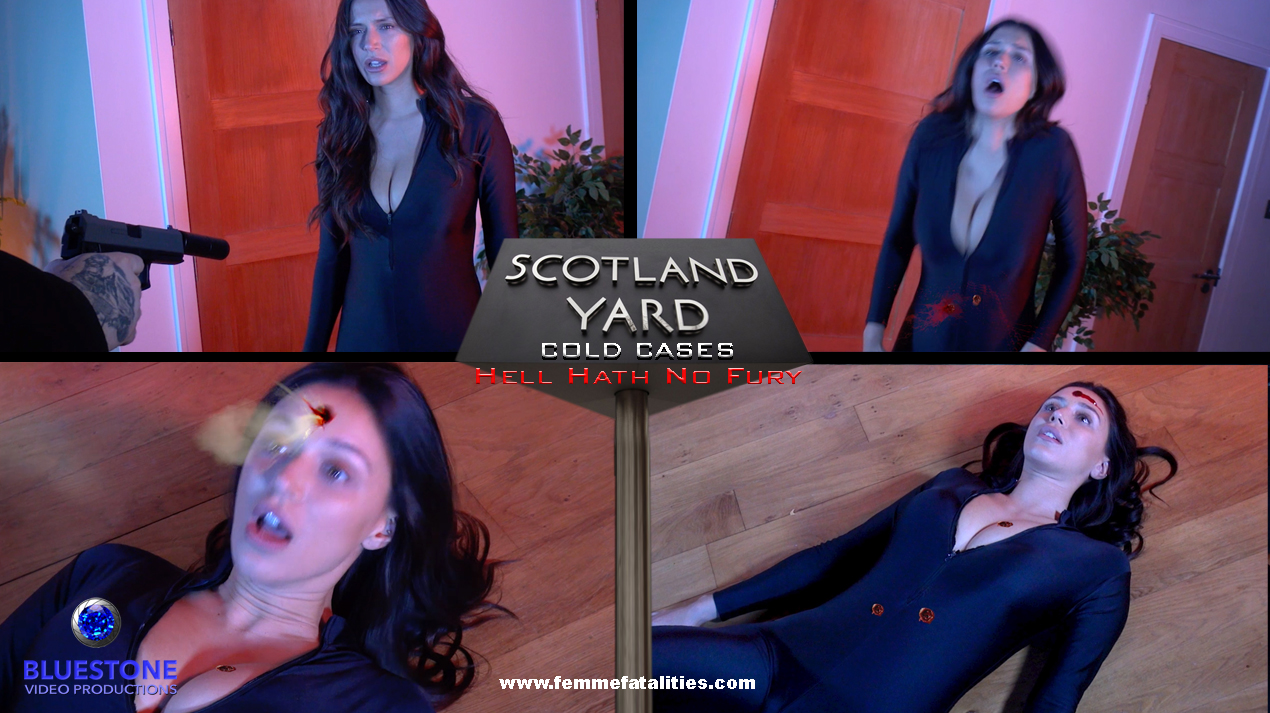 Don’t miss “Hell Hath No Fury”! Krystal plays an assassin in tight catsuit who attempts to kill her target, but he surprises her when his Kevlar vest saves his life, allowing him to counter-attack. They struggle, but the man comes up with the gun, elbows her in the face, and gets ready to blow her away. They have a brief, heated exchange of words, then he shoots her in the belly twice, wounding her fatally. Next, he shoots her in one of her luscious breasts, enjoying her suffering as he sets her up for the kill shot. Finally, he puts her away with a headshot. Once she’s dead, and her sexy body has been panned, he grabs her ankle and drags her body away for disposal. 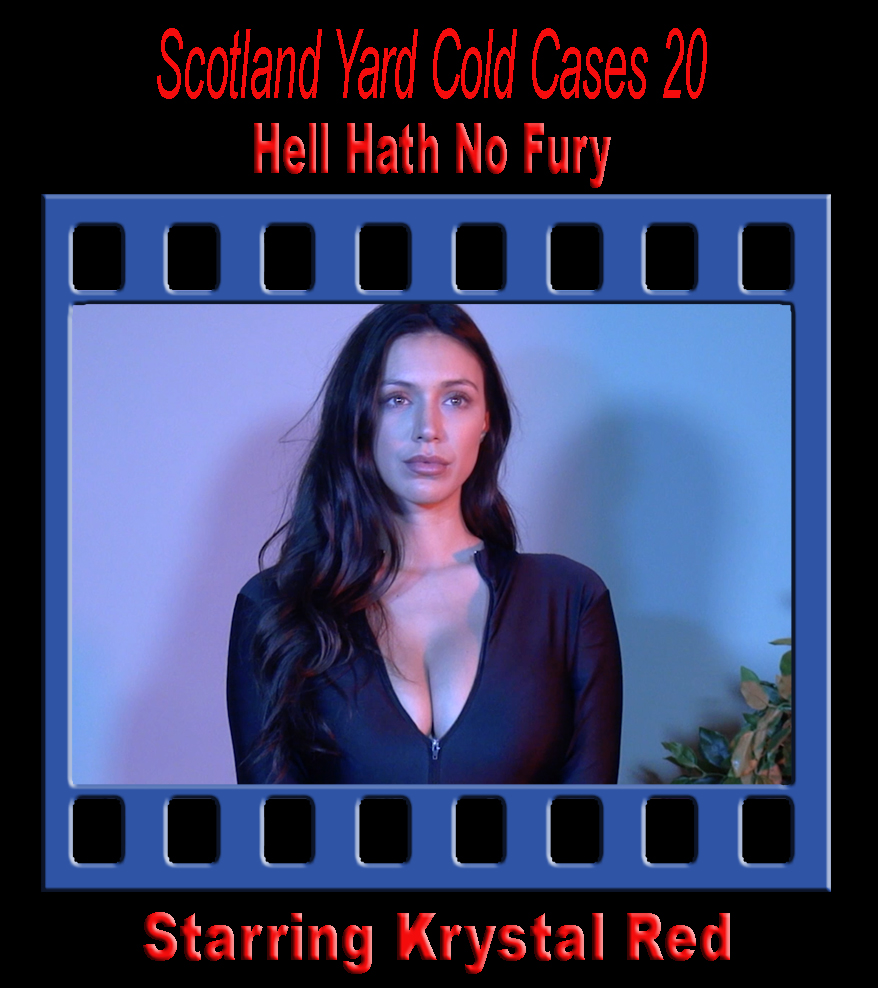