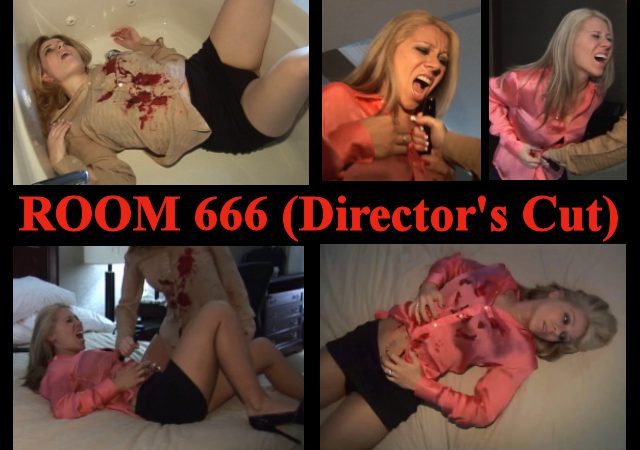 The classic “Room 666” has been completely re-edited and upgraded to BIG screen resolution!

Jacquelyn Velvets plays an FBI undercover agent who tries to take down a Russian arms dealer (Petra). When her cover is blown, Petra riddles her with bullets until she is quite dead! Unfortunately for Petra, she is then interrupted by a call from the hotel manager asking her to switch rooms, since Room 666 is haunted. Petra refuses, hangs up, then is terrified when Jacquelyn’s bloody corpse has disappeared. She starts to hear Jacquelyn’s haunting, accusatory voice. Suddenly, Jacquelyn’s revived corpse appears, stabbing her in the breast. She staggers away, but the deadly corpse appears again, driving her blade into Petra’s other breast. Petra staggers away, but she cannot escape the apparition, who next stabs her three times in the belly and pushes her onto the bed. When, Jacquelyn next attacks, it is a flurry of a dozen deadly stabs to Petra’s chest and belly. Petra writhes in pain and eventually dies in sexy fashion.

This is an awesome video that is not to be missed in Director’s Cut format!

Dr. Horne's Cause of Death Determination
Petra Stabbed, Velvets Shot
Available for only $16.50
Click on the Product Box to be taken to our store so that you can buy this video 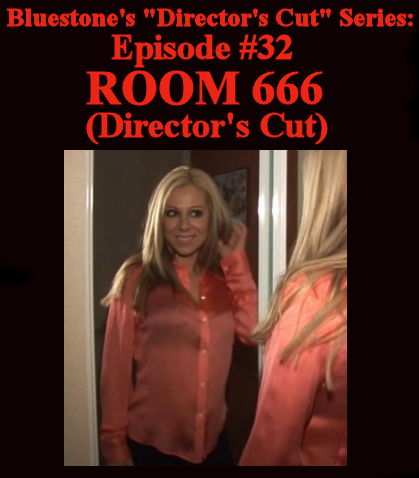 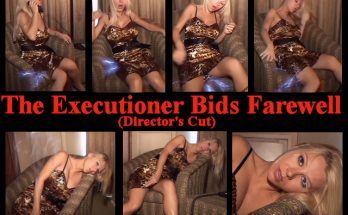 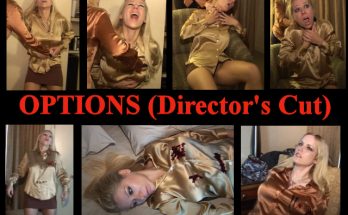 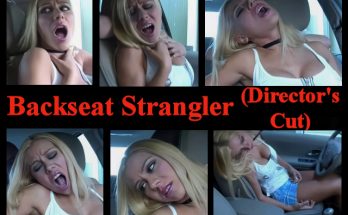